The event was hosted by Gfinity from the Gfinity Arena in London, with streams popping up on Mixer, Twitch, YouTube and Facebook and the crowd piling into the area, we were set to watch some Halo! Credit for the picture above goes to Gfinity, credit for the hair goes to Batchford’s barber.

During the weekend of February 23rd to 25th teams from Europe met in London to compete in 4v4 and free-for-all competition to win a share of the prize, but most importantly book their spot at the $1,000,000 Halo World Championship finals to be held later this year in Seattle.

Our Myztro Gaming Halo team were set to take part, entering the 4v4 competition as overall 4th seed. Bachford, Tufoxy, Ramirez and Phluxs were also looking to test their metal in the FFA competition. With HCS finals spot on the line, the team travelled down to London with a couple of the staff members in tow and prepared to battle for their opportunity to battle it out against the world’s best Halo squads.

I always really enjoy watching the FFA competition at events, everyone always has their favourites to win and there can be a few upsets and stories that occur along the way, this year was no different.

Our players were set to across a number of different groups and needed to battle through a few rounds of competition to make it to the finals and try to claim that $2,000 by finishing as top dog.

Batchford was able to push through the group stages and make it to the finals against some stiff competition. The finals group was no walk in the park with some great players from the EU lining up.

For a large amount of time, Snipedrone looked like he would come away with the win. However, Batchford used his head and didn’t rush in to try and catch the leader. He picked his fights and made sure he won them. Batchford kept racking up the assists, the beatdowns, and eventual kills while staying alive and when the time the match ended Myztro Gaming’s Batchford was top of the leaderboard having the joint highest kills, the greater number of assists and the fewer deaths. 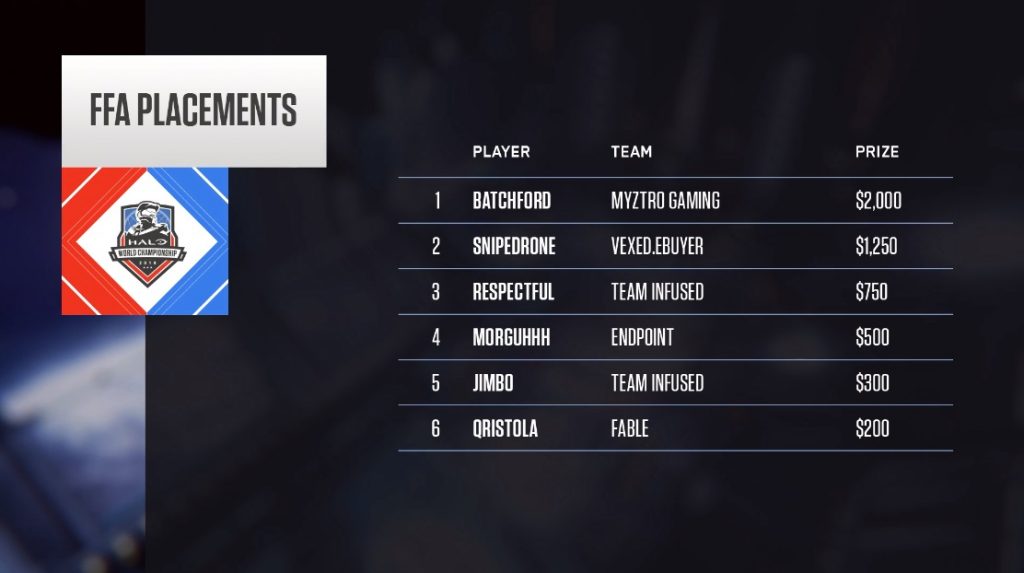 Congratulations Batchford, clutching up in a very tense and closely fought map to get the win. Once the 4v4 competition is over make sure you celebrate in a way only you know how.

“You just won the FFA at the #HaloWC 2018 London Finals, what are you going to do now?”
Cheers, @Batchford_! pic.twitter.com/6WTyOkVhW0

Until the final stages of the competition, all 4v4 Halo games were played as part of best of 5 series’. Myztro Gaming managed to steamroll the first few rounds of the LAN tournament. With back to back 3-0 victories against three teams we moved into the Quarter finals against Infused, they themselves were here defending their London title having won the competition last year. A win here would mean Myztro would automatically qualify to compete in the $1million World Championship finals in the U.S later this year, as well as making it into London Championship finals on Sunday in a strong position. The loser would be knocked down to the lower bracket and have a tough battle to recover momentum, a place in the World finals would still be possible, but only after another tough match.

In scrims, our Halo guys have had mixed results against Infused, some good and some bad. Today Infused came out the gates roaring, and we were unable to get anything going in the series as they pushed our team down to loser’s bracket with a 3-0 defeat.

To make it to the London finals our boys would now need to beat three teams to have another crack at Infused, to qualify for World we needed to win our next match. Our Halo team responded beautifully after the Infused match and went into the series with Polaris Gaming with something to prove and prove it they did. With a clean and convincing 3-0, the team made it into the top 4 and into a qualification spot for Seattle! 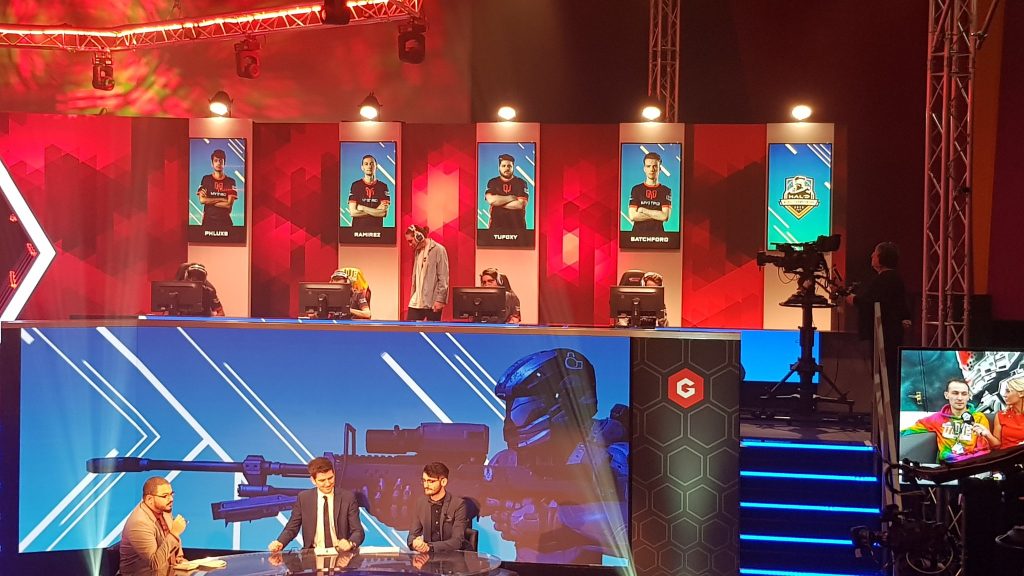 The Myztro Halo team on the Gfinity Arena main stage

This was the absolute minimum the team wanted to achieve going into London Halo Championship and now we moved on to battle for a higher seeding and a bigger share of the London prize pool.

The next round was against French team Fable in the first best of seven contest of the evening. After trading maps back and forth, Fable was able to go from strength to strength and out muscle us in the later stages of the series eventually beating us 4-2. Our London journey was over, we entered as the 4th seed and placed 4th.

The final Gfinity brackets can be viewed here. Infused went on to defeat Vexed in the final, our main goal was achieved and although the team feels they could have perhaps placed a little higher, the aim is now set squarely on performing to the highest standard against the world’s best Halo teams in Seattle.

Congratulations Myztro Halo and let the grind towards the Halo World Championships begin! 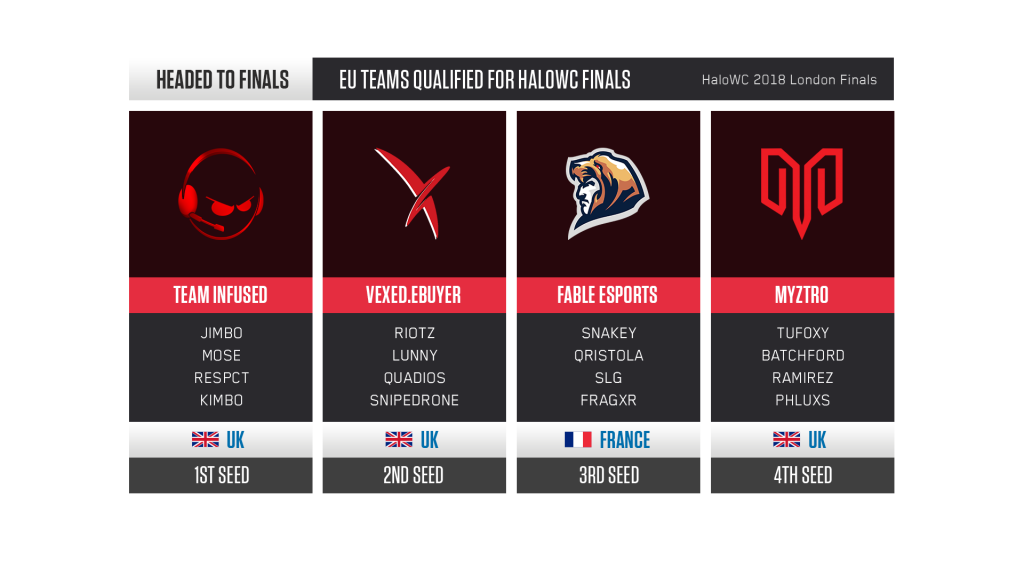