The age-old term for getting something right is “Practice makes Perfect”. Nobody knows that more than speedrunner Lee “Biinny” Whelan.

“I would say I believe in practice makes perfect, it’s something I do every single day before I start PB attempts.”

Whelan is a British speedrunner, currently based out of Colorado Springs. He’s known as the UK’s fastest speedrunner in Super Mario 64, a game that’s grown in popularity within the past few years as events like Games Done Quick and Break The Record popularize the sport, as well as popular streamers attempting world record times, such as Ludwig and Atrioc.

“I used to play competitive Halo 3, and I went on Twitch to watch a 1v1 match with a popular streamer and a player from the EU Halo community,” said Whelan. “When I visited Twitch, I noticed someone streaming Super Mario 64 on the front page, so I clicked it and couldn’t believe how it was being played.”

As he researched and watched videos online, he decided to try it out for himself three months later, and the rest is history.

This run's important, we gotta hit our PB.

He exclusively speedruns Super Mario 64, the most played game in speedrunning, in the 70-star category. In 70-star, runners have to collect 70 stars as fast as possible. Clipping (or glitching the game in order to gain access to rooms that are usually restricted) or Backwards Long Jumps are banned. Sequence breaking, or skipping door requirements in-game is also banned.

As of September 9th, in his first record run under Myztro, he sits 8th in the world and 1st in the UK region with a 70-star run of 47 minutes and 27 seconds. The current world record is held by German runner Dwhatever, with a time of 46 minutes and 59 seconds.

Unlike many games which have patches and fixes regularly and frequently, Super Mario 64 is unchanged since its release on June 23, 1996, in Japan. Back then, games didn’t get many updates, and changes were made through all-new releases to the game. All of the glitches and shortcuts that have been found in the game remain 25 years later.

While today’s gamers immediately notice game-breaking bugs and demand fixes, there’s a certain charm to having a game remain unfixed for its entire life. In a day and age where games require you to have an internet connection to even play, it’s quite nice to have a game in an unchanged state for so long.

Whelan’s first speedrunning challenge was at a European Speedrunner Assembly hosted event at DreamHack Winter 2015, in Jönköping, Sweden. He raced against fellow UK speedrunner Charles “Fuzzyness” Kimmelman, where he came away victorious with a time of 52 minutes, 7 seconds.

Since then, Whelan has attended a multitude of speedrunning events, including Awesome Games Done Quick 2017, Calithon 2019, and more. At Calithon 2019, he finished his run with a time of 49 minutes and 13 seconds and helped raise $27,000 for Direct Relief, a nonprofit that provides emergency medical assistance and disaster relief. 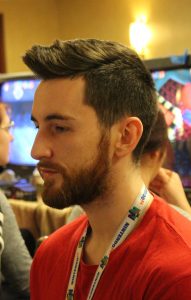 Retro gaming has hit an all-new high recently. Super Mario 64, Super Monkey Ball, and Super Smash Bros Melee have topped Twitch and YouTube viewership charts. NRG Esports signed speedrunners Kosmic, LilKirbs, PointCrow, and EazySpeezy earlier this year, in April. Panda signed Simply and SmallAnt in December of 2020. Myztro’s signing of Whelan is certainly not the first signing in the speedrunning world, nor will it be the last.

Outside of speedrunning, Whelan enjoys going to the gym, playing Call Of Duty with his friends, and bowling with his wife and plans to join a bowling league in the near future. He’s also written articles for new speedrunners, most recently for IGN on Mario Odyssey speedrunning.

Speedrunning’s inclusion into the esports limelight as well as in gaming culture’s zeitgeist isn’t lost on Whelan.

“I definitely agree speedrunning is gaining in popularity, major events such as Games Done Quick have helped put speedrunning in the spotlight,” said Whelan. “I do think there is a future for speedrunning as a major esport, there are a few events being held with prize money already, and I only see that getting bigger as time goes on.”

You can catch Whelan live on Twitch almost daily on https://www.twitch.tv/biinny. Make sure to follow him on Twitter as well!

And with that, @MyztroGaming closes out an epic final against @ZenAkuQuake and @MaxterQc , in a grueling display of 2v2 showmanship. Congrats and GGs!

Myztro Gaming is an organization started in July 2017 with the goal of establishing a foothold as an elite esports brand. Our mission is to...