It has been an incredibly busy weekend for everyone at Myztro Gaming. Not only were some of our Quake players involved in online competitions, some of our boys were even slaying down at PCGWeekender at the Bethesda Booth. Between 17 & 18 February 2018 at the Olympia in London gamers were able to take part in a wide selection of activities brought together by PCGamer. Some of the attractions included workshops giving advice on getting into the gaming industry, retro gaming, PC building workshops, tournament and much more besides. It was an incredible day out for anyone who went with plenty to see and do. 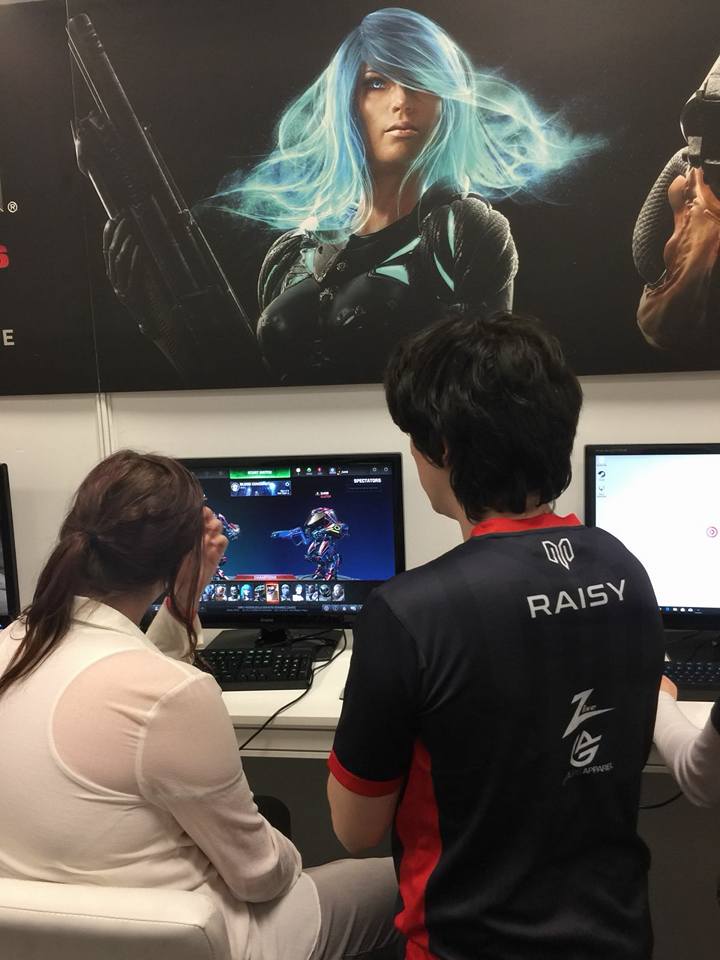 Where the Quake players came into the picture was when members of the public were able to play some exciting upcoming PC releases, including Quake Champions. Gamers were able to taste Quake Champions for the first time down at the Bethesda booth, play against Myztro Gaming players and discuss the game, esports and get some advice from our players. GaRpY, HELL and Raisy put on a show for onlookers at the Bethesda booth and displayed how a combination of hard work and passion for a game can lead to some incredible feats.

The Bethesda booth was incredibly busy with people turning up in their numbers to try out Quake Champions and having spoken to the Quake lads after returning home they had a fantastic time interacting with fans, developers and those playing on a mouse and keyboard for the first time alike.

Check out the action 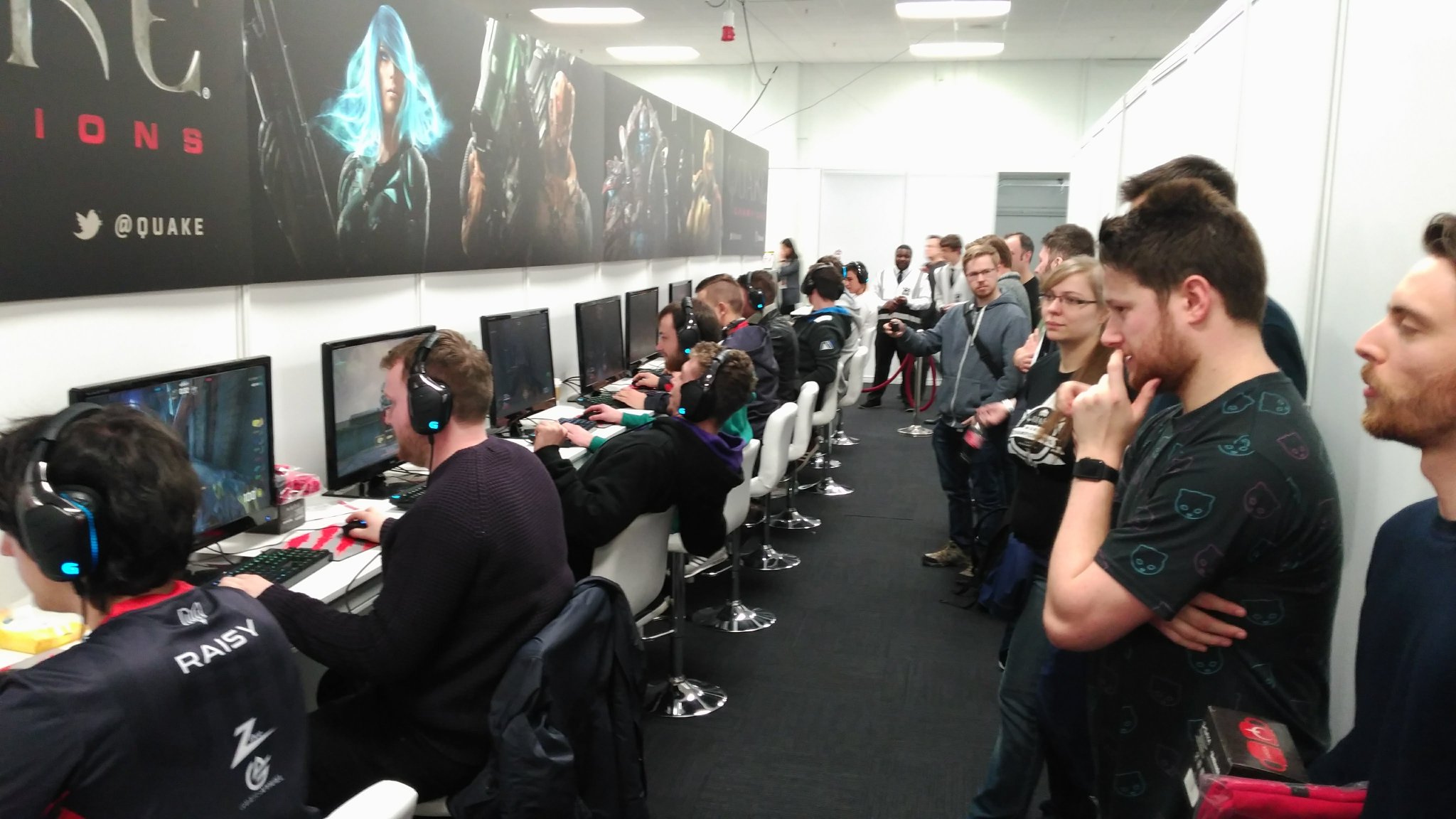 Punters line up to have a crack at Myztro players 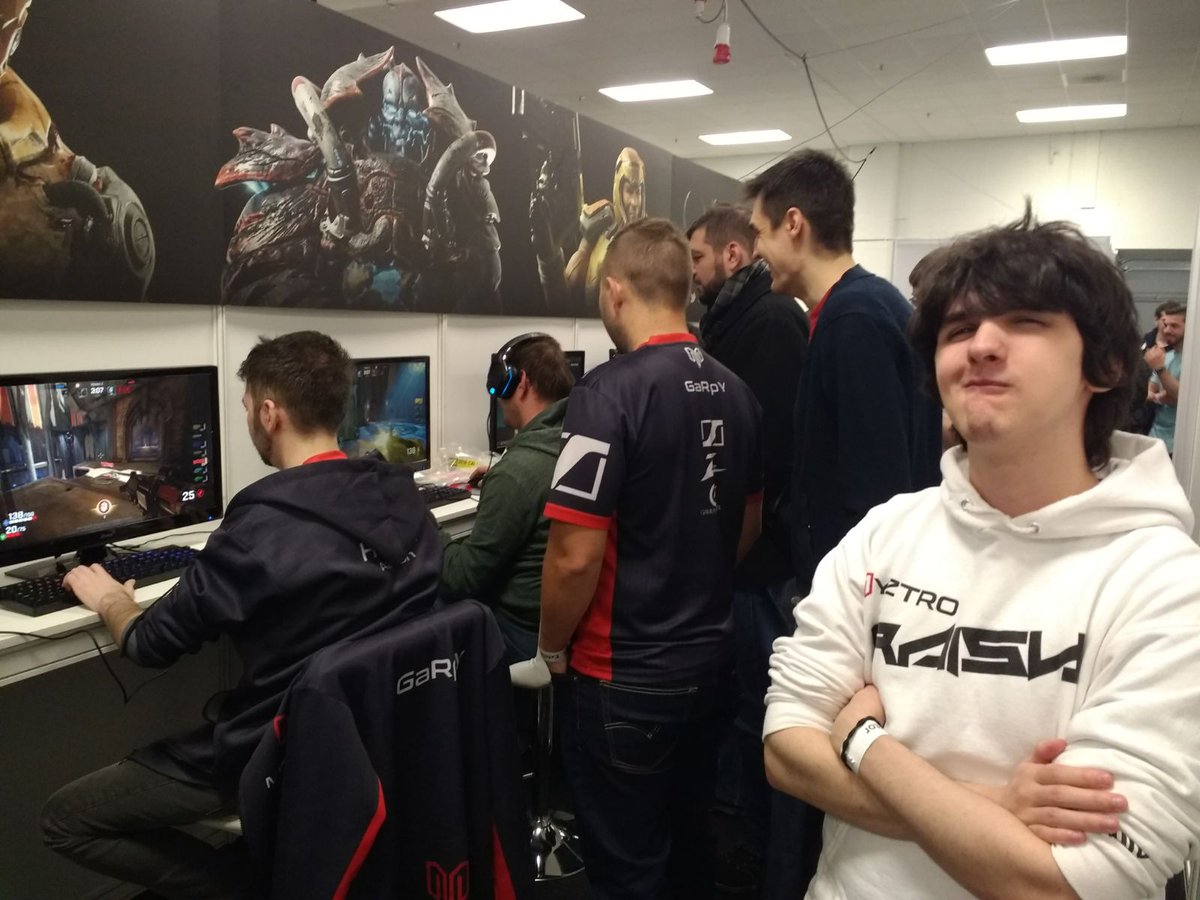 HELL in action, GaRpY mingling, Zoot being tall and Raisy…gurning 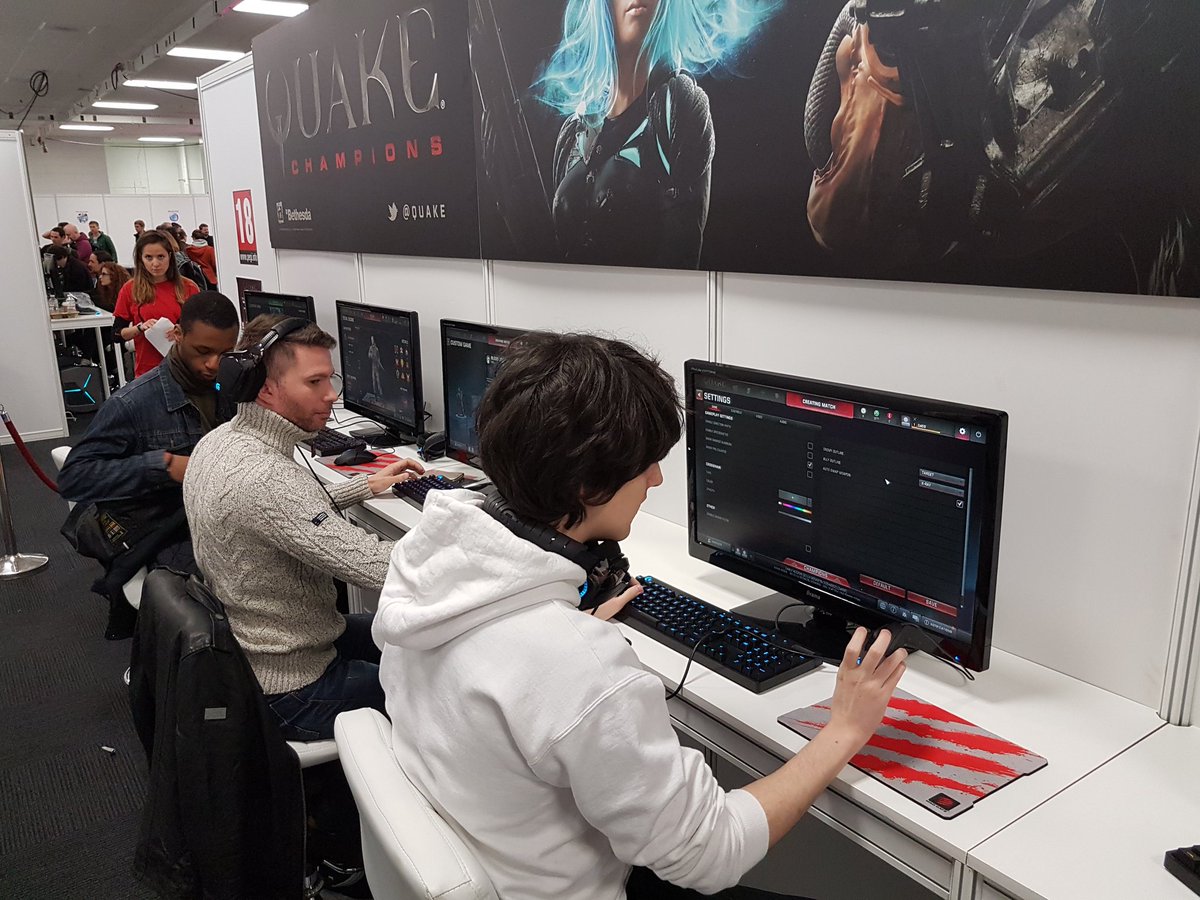 Raisy checking out his equipment 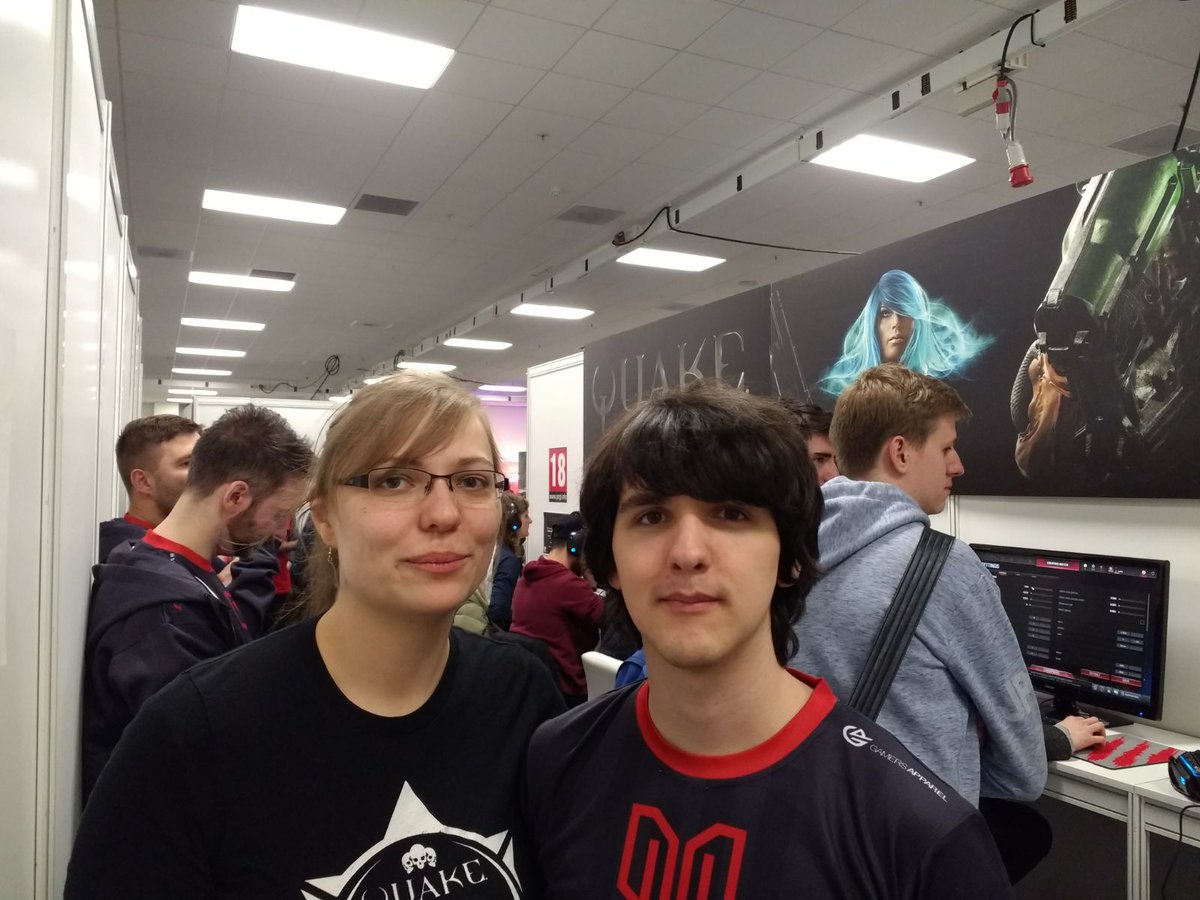 Professional Esports commentator and self-confessed Quake fanatic Zoot was also in attendance. Zoot was flying the flag for Myztro and had a fantastic time meeting up with fans and talking the ear off Bethesda UK Community Manager Mr. Iker. Having the players and Myztro members meet up like this is fantastic for us also and bring the #MyztroFamily even closer together.

Awesome time at the @Quake booth at #Pcgweekender– met up with @mister_iker and @MyztroGaming to talk about the best game in town! hope to see more UK stuff happening 🙂

It was a great weekend that we were proud and excited to be a part of and we certainly hope there are more great events like this in the future to get even more players into Quake Champions. 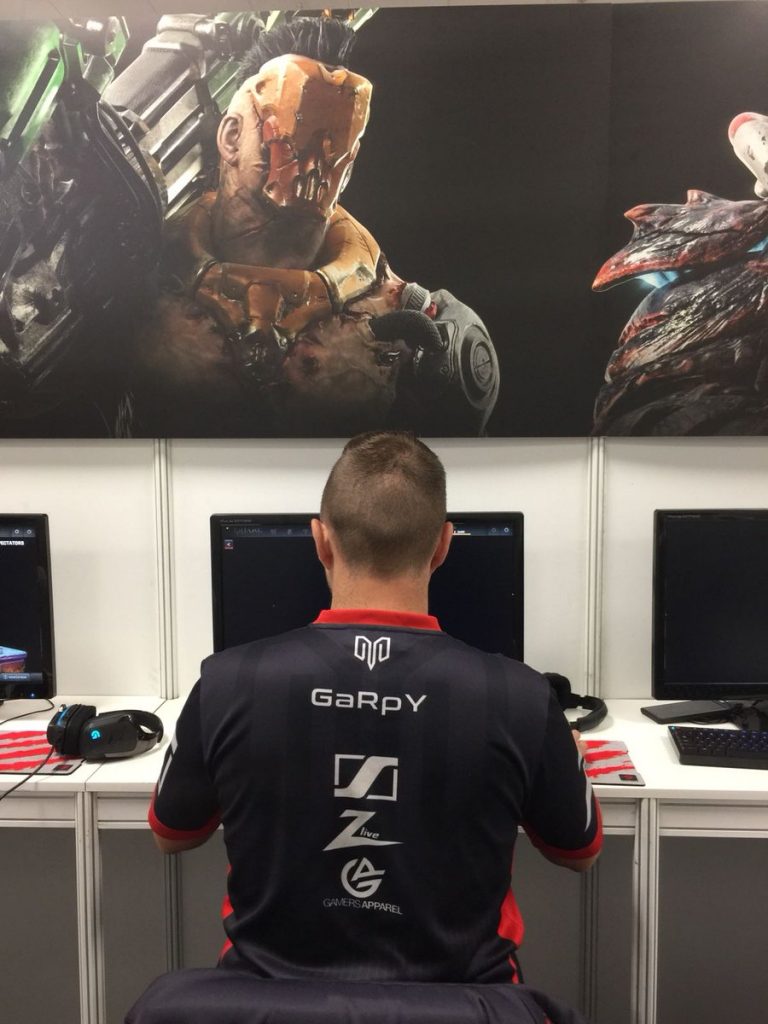