In cooperation with id Software and Bethesda, ESL has today announced that they will be part of the highly anticipated resurgence of Quake eSports. As one of the original eSports titles, the newly released Quake Champions is hoped to revitalise competition for the classic FPS shooting action with Quake World Championship tournaments in both Duel (1v1) and Sacrifice (4v4) coming to a head at this year’s QuakeCon in August where the finals will take place.

“I think ESL and Bethesda have a great opportunity with Quake Champions because of how good a spectator sport Quake is. Quake has the potential to unite viewers of all game genres,” said Michal Blicharz, VP of Pro Gaming, ESL. “ESL has Quake in its DNA and we are a perfect esports partner for id Software.”

“Quake is back in the eSports scene in a big way with Quake Champions, and the Quake World Championships will be the ultimate test of skill for the best competitive players in the world,” said Tim Willits, Studio Director, id Software. “Working with ESL, we’re excited to produce an incredible competition featuring amazing pro player talent, all vying for the million dollar prize pool and the title of the very first Quake World Championships champion.”

Online qualifiers for the QEC 2017 begin in just a few days time with competitors being attracted worldwide. After battling through qualifiers eight Sacrifice teams and 24 Dual competitors will travel to the Finals at the QuakeCon 2017 event in Dallas Texas to compete for a piece of the staggering $1,000,000 prize pool. 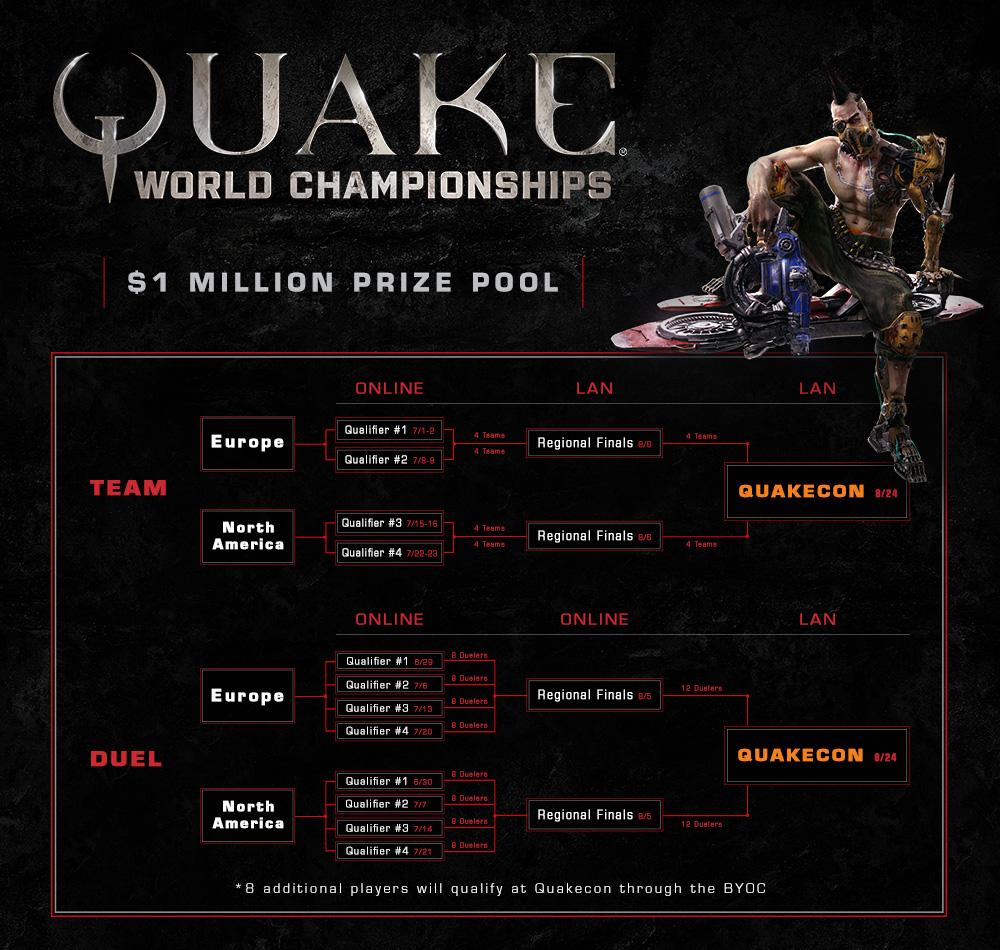 Your vote for most festive PRO X SUPERLIGHT is…? 💬

I have FINALLY completed the Quake III Arena - Nightmare Difficulty - Deathless run challenge, and I couldn't be happier! 🥳

The run will be uploaded to my YouTube channel in the upcoming days.

I've uploaded THE RUN (Q3A - Nightmare, No Deaths) to my YouTube channel. Enjoy! 🤪

I know it's not MW2, so it doesn't really count. Still, a #Nuke is a Nuke baby, regardless of which COD.

After a shaky Upper Bracket and Lower Bracket Final,
we managed to pull ourselves together and win the tournament! ggs @myztroVENGEUR