Myztro Gaming 2017 A Year in Review

Well ladies and gents, what a first year it has been for us here at Myztro Gaming. From our inception into the esports world in July until today we have cheered with each other in victory, comforted each other in defeat and become a bigger and closer knit family in the process. It has been a very busy six months, and for a teething period, as we review 2017 we think we’ve done ok! Six months have passed and we have six podium finishes to our name at Quake Champions majors.

We have had some amazing support from fans and friends along the way and we look forward to your continued support as we plan for 2018 and beyond.

The QuakeCon 2017 World Championships was held on 24th August through to the 26th. After a long road of qualifiers and regionals, an elite group of players was left to compete for a chunk of the $1,000,000 prize pool through fierce competition in both Duel and Sacrifice categories. QuakeCon 2017 saw Sander Vo0” Kaasjager place 2nd in Duel after a fantastic individual effort that reflected the whole teams effort placing 5th in Sacrifice. It was an emotional journey through qualifications, regionals, boot camps and the finals at QuakeCon. Vo0 has since left Myztro and we wish him all the best in future competition. 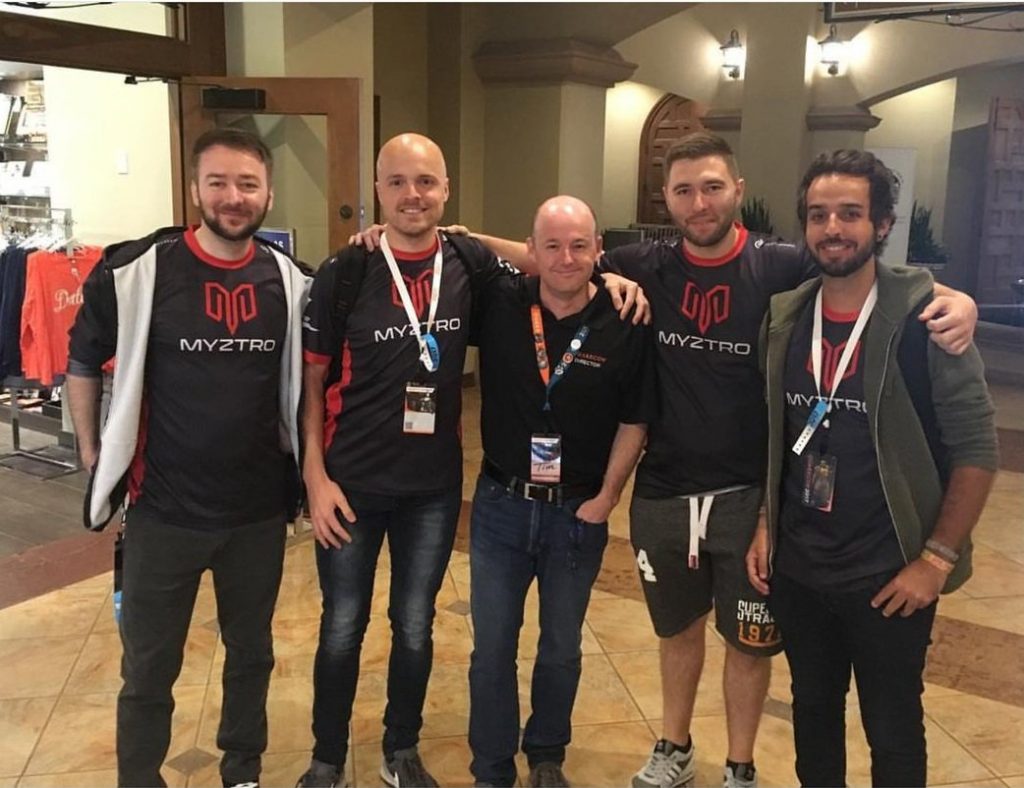 QuakeCon 2017 Sacrifice team Hell, Vo0, GaRpy and Hypno bump into Tim Willits as you do

The game developers and QuakeCon staff were absolutely fantastic in the run-up and during the event and it really kicked off the Quake Champions 2017 competitive calendar with a bang. From here we headed towards the next challenge.

In Aaron “Hell” Jones and Gareth “GaRpY” Marshall, we have two fantastic and experienced Quake players who formed the backbone of our Myztro Team. We decided to sign some young, exciting and talented players to bolster our roster.

First Wiktor “Phaze” Skwarczynski and Adrián “RAISY” Birgány were brought in to solidify our EU team while also being talented duelers in their own right. We also brought in American  Michael “dooi” Dewey whos solo game and approach to competition play we admired from afar. 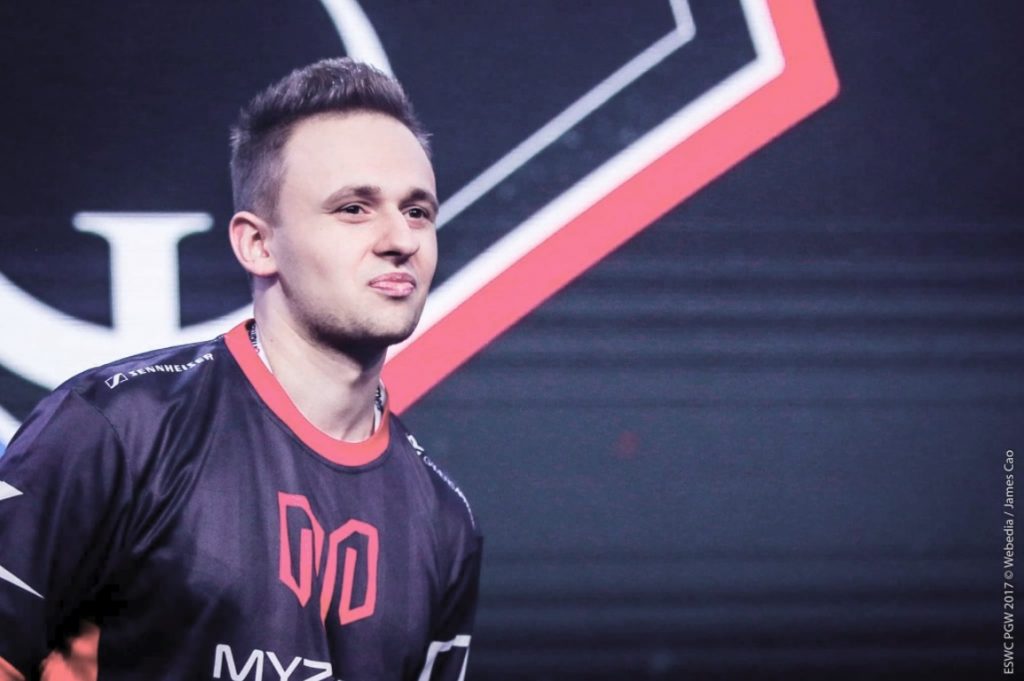 Phaze looking good in the red and black

Our first Major win! Not only did one of our fantastic young talents place first in the Quake Champions Duel competition at DreamHack Denver, Myztro Gaming dominated the podium with three of the top four players all hailing from our organization. A fantastic result that we hope to replicate in future events.

With $35,000 on the line this weekend for those battling in the Duel category, there was plenty to play for. It came down to an all Myztro grand final between Adrián “Raisy” Birgány and Gareth “GaRpY” Marshall in what ended up as a 3-0 victory for Raisy. It also has to be said Michael “dooi” Dewey also had a fantastic result placing 3rd in his first Major flying the black and red Myztro banner.

An incredible performance saw us 1,2,3 the duel category at the event, a first for a major competition. 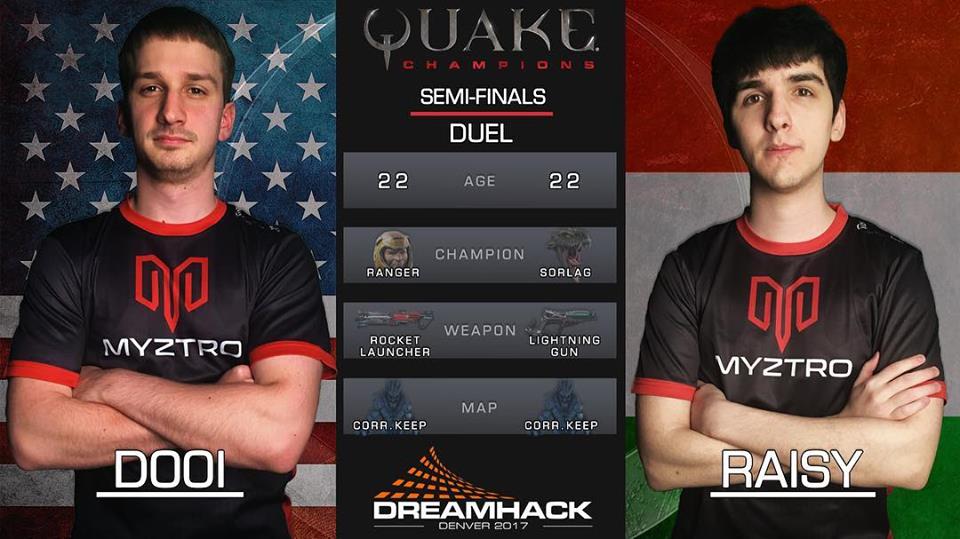 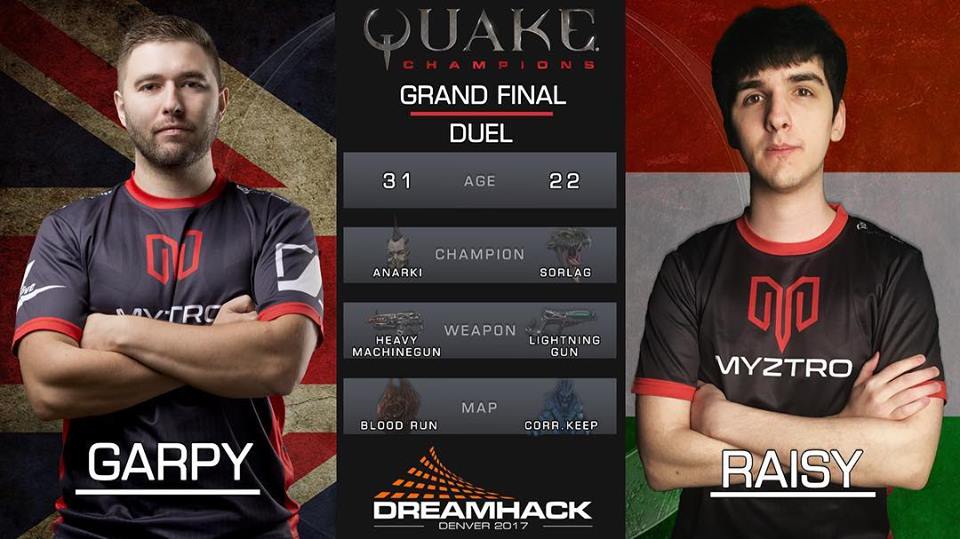 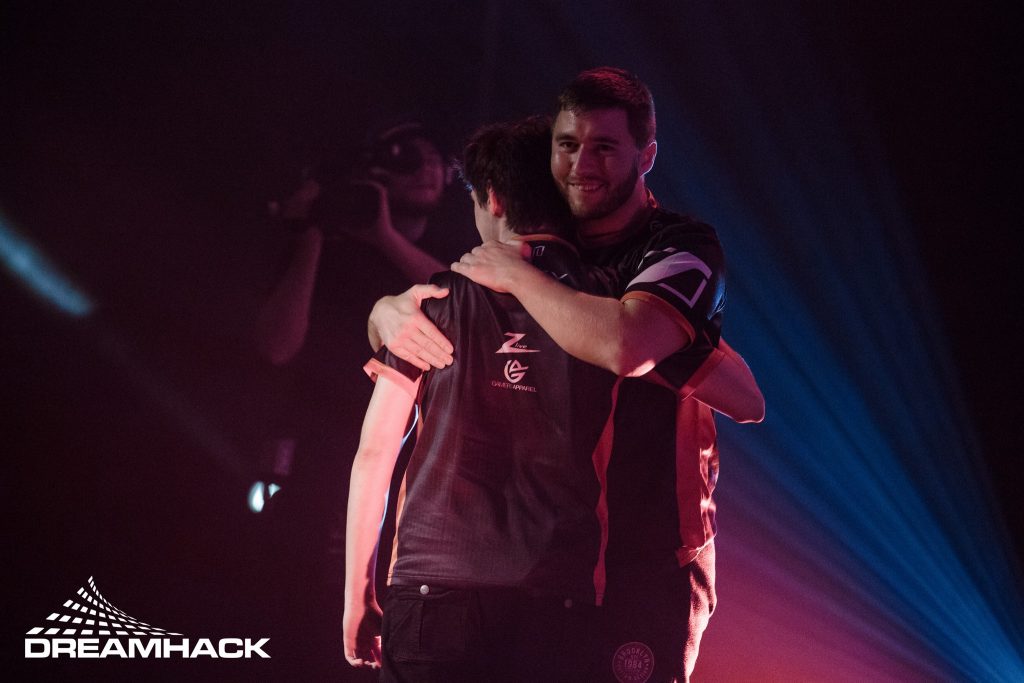 I’ll get you next time

The Myztro Gaming Quake Champions competitors were once again in action, this time as ESWC 2017. The ESWC, produces excellent international esports events that bring together the very best to compete. A top prize on €5,000 awaited the winner in the Duel category and the Myztro Gaming players were eager to get started. This tournament saw Wiktor “Phaze” Skwarczynski, Gareth “GaRpY” Marshall and Adrián “Raisy” Birgány in action.

At ESWC 17 in Paris  GaRpY managed to improve on his second-place finish at DreamHack Denver with a win in the grand final against Sweden’s Spart1l. Not only did GaRpY finish top but also in doing so became the first UK esports competitor to win a Major! Raisy also placed 3rd, another fantastic performance from the young 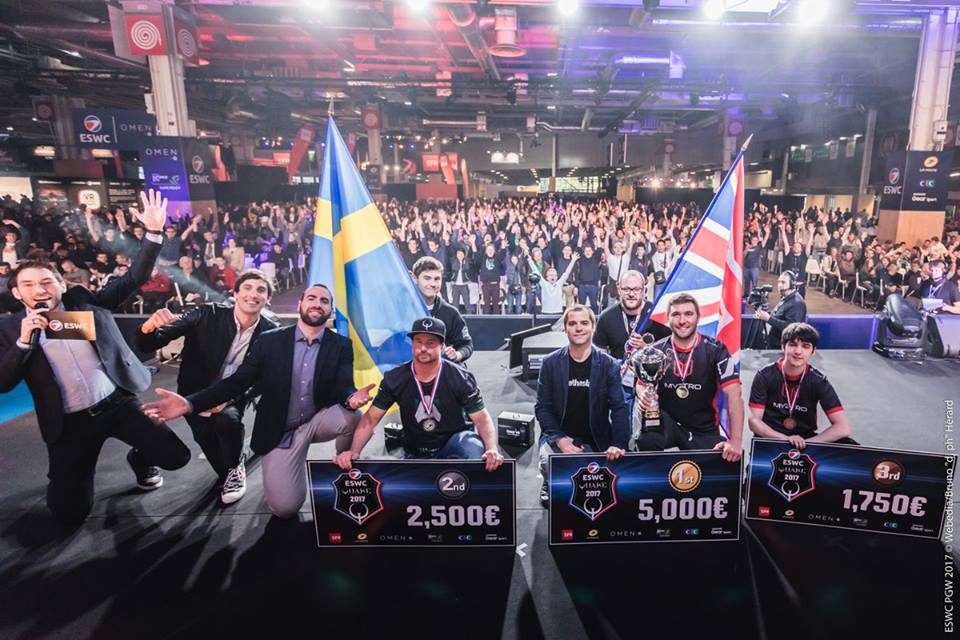 A chilly reception awaited us in Sweden, we were never really able to get going and none of our players was able to reach the finals this time around, a testament to how even the playing field is in the Quake Champions community and what a large number of fantastic players are floating around.

That being said once again our players had a fantastic time and were able to keep themselves busy at the event. We would again like to Congratulate Josefine Wallenå @jbirdCSGO ASUS Republic of Gamers 1v1 #FemaleLegends winner. 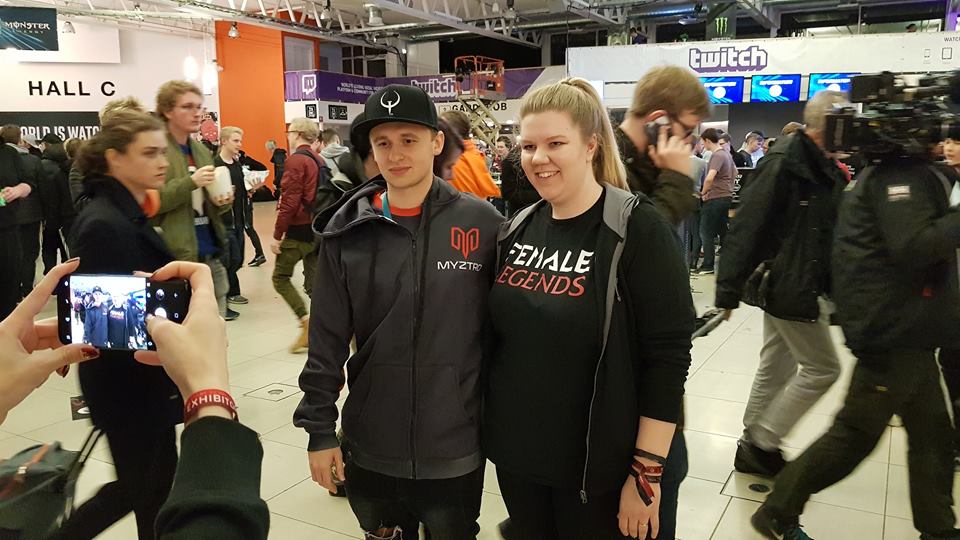 The introduction of 2v2 Go4QC Cups

We have won a couple of majors, sometimes put on a show and had a great time along the way. We have enjoyed success in duel but also have struggled in online qualification for 4v4 competitions, something we are working hard at. What is encouraging is that all our players have found great success in the G04QC 2v2 Cups. We really enjoy the 2v2 competition and hope that is something we see continued to be supported in Quake Champions going forward. I spoke to some of the Myztro Gaming team members to get their opinions of the online 2v2 cups and what it could bring to Quake Champions in the future.

“I’m enjoying 2v2 a lot, for me, it is a bit more enjoyable than sacrifice, even though I still enjoy that a lot. But 2v2 compared to sacrifice is probably easier as there are fewer distractions so you’re able to focus on your own game more. It is less hectic and puts a bigger emphasis on good item control and sheer fragging, which I love.”

HELL and GaRpY (Myztro UK) were able to just outshine teammates Rasiy and Phaze (Myztro EU) in the Go4QC 2v2 Cup #2. As I said, however, all our players have had success in 2v2 competition with dooi battling to victory alongside various partners in US cups while the duo of Raisy and Phaze managed to pick up their own win in the most recent EU cup.

Check out what dooi had to say about 2v2 and what it could mean for the American Quake scene in his comment below.

“I think the 2v2 mode highlights some features of Quake Champions that other modes can’t or won’t. Particularly, the ability to combine ultimates to achieve frags rather than combining them to capture an objective. I also think the 2v2 mode is a community friendly mode. It is much easier to find one like-minded player to run 2v2 with than to find three other like-minded players for a team of four. I think that 2v2 will have an active competitive community in NA because of this.”

As a particularly untalented Quake player myself, I often find a lot more joy watching the success of others than waiting on a respawn timer. For me personally, I have enjoyed watching Sacrifice, however, I can see the confusion it cases for everyone involved, including more informed viewers. Check out Myztro Gaming member and ZLive host Zoot’s opinions on casting the Quake Champions 2v2 competitions below.

“Compared to duel, casting 2v2 TDM still allows you to narrate a steady pace of gameplay where you can keep an eye on all players in the server. However, the intensity of the game is enhanced with the addition of a Power Up which provides an objective in the game for pairs to contest over. Despite the increased chances of one-sided matches occurring, the excitement that a close match with good quad runs can bring is unparalleled at this stage of Quake Champions.”

There is a lot to be excited for in 2018 with competitive play in Quake Champions getting better with every patch, for us personally we have found our footing in Duel and 2v2 competition and our players are working exceptionally hard to ensure they bring the best performances possible to every event we attend in the coming year. We also have lots of exciting announcements for 2018 so watch this space.

Thank you for supporting us so far on this rollercoaster, together we are Myztro.

I’ll leave you with this 2017 Year in Review montage highlighting some of our best moments from competitions this past six months, edited by our very own Roland Thaler. See you all in 2018!